So, today, after barely sleeping and not feeling much better, I toughed it up and went to the deck to get some sun before the big day…Here is Nic, Me, Kari, Eric, Carli, Terri, Hilary, and Rick. It was so nice to eat some fruit and listen to the band play in the nice warm sun. 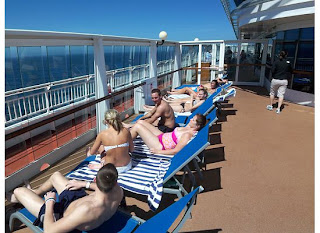 Here is Nic, Me, Kari and Eric 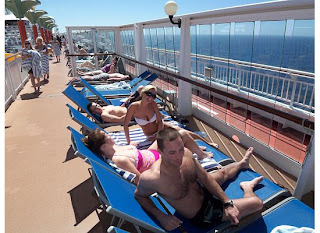 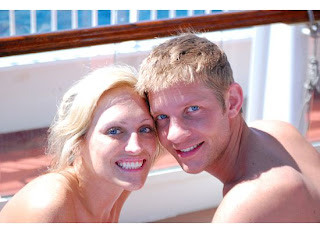 After getting an hour or so of sun, Chad and I ditched the group and went to have lunch at this cute little place that had big windows you could watch the ocean… 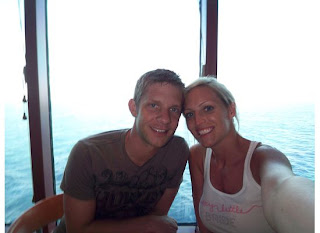 Then I took the ‘wonderful’ opportunity to go take a nap (hated leaving the sun, and the group, and all the fun things, but sleep fixes sickness!) Chad went and worked out with his brother and dad, and hung out with the group… That night we got dressed up and went to dinner with the entire group at Aqua….I don’t think I got a picture of this restaurant’s ceiling, but it had a lot of flickering lots on it, It was beautiful 🙂 Chad says that once we’re married (tomorrow, hehe!) and we have a house, we can put the lighting in a room! YAY! Here are Chad and I at dinner: (yes, we do coordinate our outfits as often as possible – got a problem with it?) 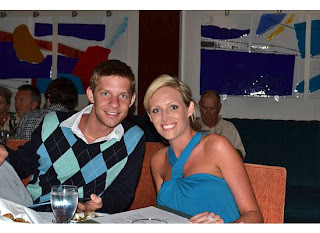 And Terri, Kari and I going through Terri’s jewelry to help me find some stuff to wear for the wedding, and the cruise (Thank you Terri!) Isn’t this a realllllly pretty picture of Terri? I love her hair, and her face, and everything in this picture! 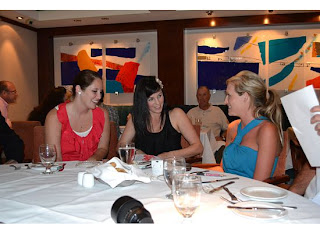 This is a horrible laughing picture of me: BUT we just had a hilarious moment…The table next to us had like 8 people sitting at it, and they each said it was their birthday so we heard the “Happy Birthday” 8 times right next to us. My dad told our waiter it was Fred’s Birthday and that Chad and I were getting married…so they came and sang to Fred and then sang to us “Let me Call you Sweetheart!” We were laughing so hard!! 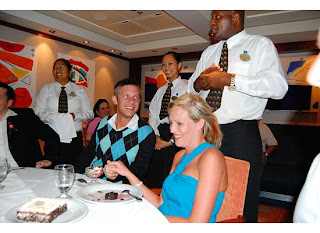 After dinner we went to a hypnotist show, Chad, Fred, and Nic were in the show… We were cracking up because Chad had a couple of girls that during their sleep phase fell asleep on him, we called it his “Bachelor party” because he was sick and had to cancel his! 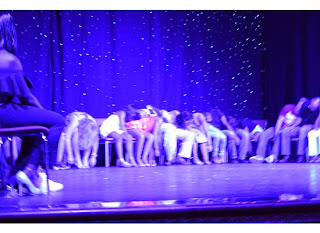 And here is a picture of Chad and Nic being Victorias Secret models! 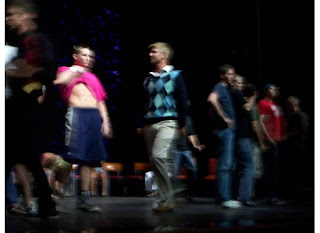 What a fun day! We went back to the room to get some rest before the big day!!!! EEEKKK!!!