Presley turned four the first week of January, but since we just got home from Washington & needed to get back into our routine; I pushed back her party a few weeks until our friends were free and I had the energy to decorate and spoil our big girl. This last weekend we had her Paw Patrol Party and had so much fun! Tons of our friends came & we went all out since we are leaving Arizona in a few months to head to Oklahoma. Even though we don’t have cable, Presley was adamant about having a Paw Patrol Party so we just went for it. What my baby wants, my baby gets! (She’s never even seen a full episode). Just over a week before the party while we were walking around Target, the employees were changing some of the displays & we were able to get some Paw Patrol displays for free so we used those as decorations for the house. Presleys other requests were, a “hundred-four-ten balloons” & a bounce house. And boy did we deliver. 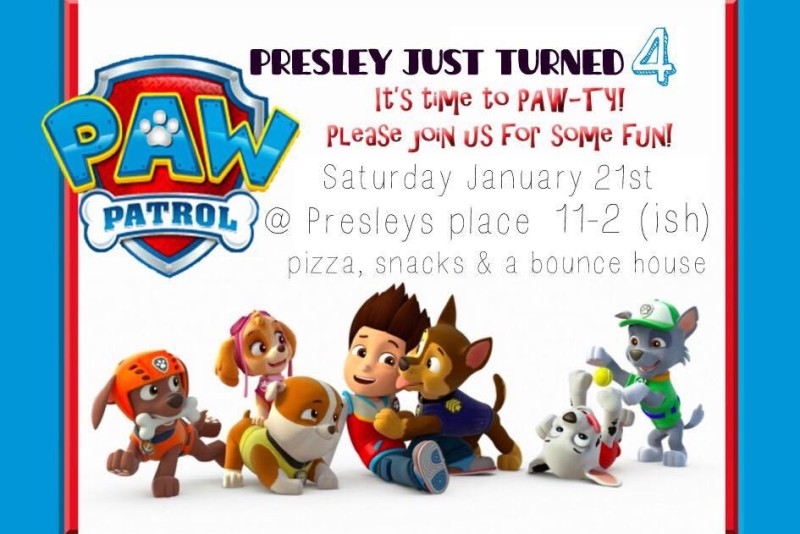 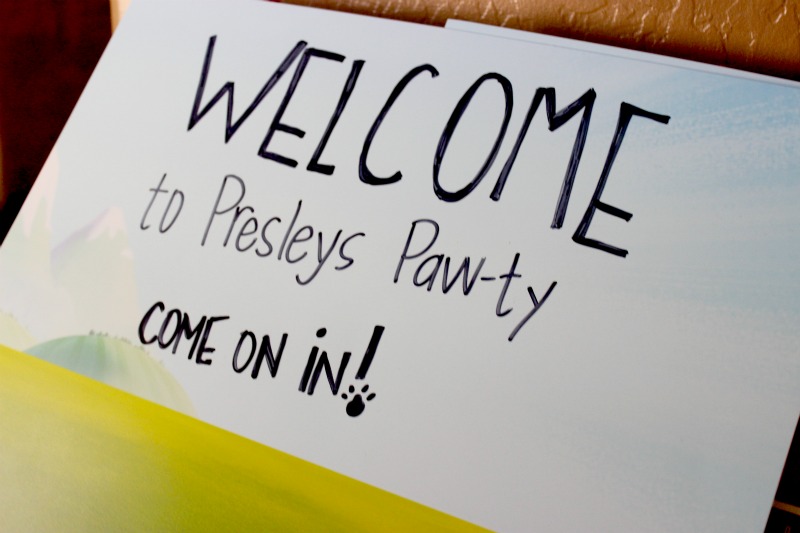 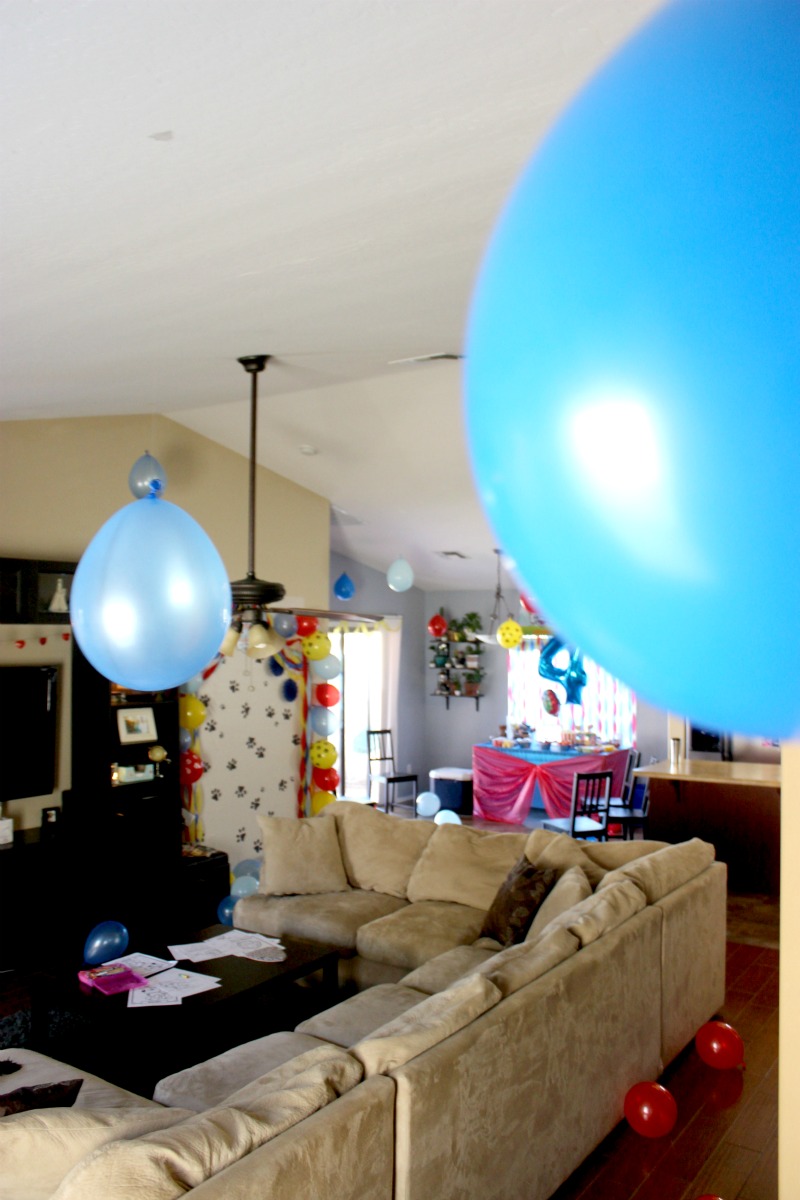 I think my favorite part about hosting Presleys birthday parties is putting together the snack table. I seriously have so much fun coordinating colors/themes and seeing the final product. I did a similiar styled table last year (Presleys 3rd birthday party) and knew I would have the same set up this year. It turned out so fun & with some planning and a few trips to the dollar store, this entire table cost around $20 to do! (not including the helium balloons, those babies are expensive!) We had the party over lunch time so we also picked up some Little Ceasers Pizza’s and donuts, because YUM. 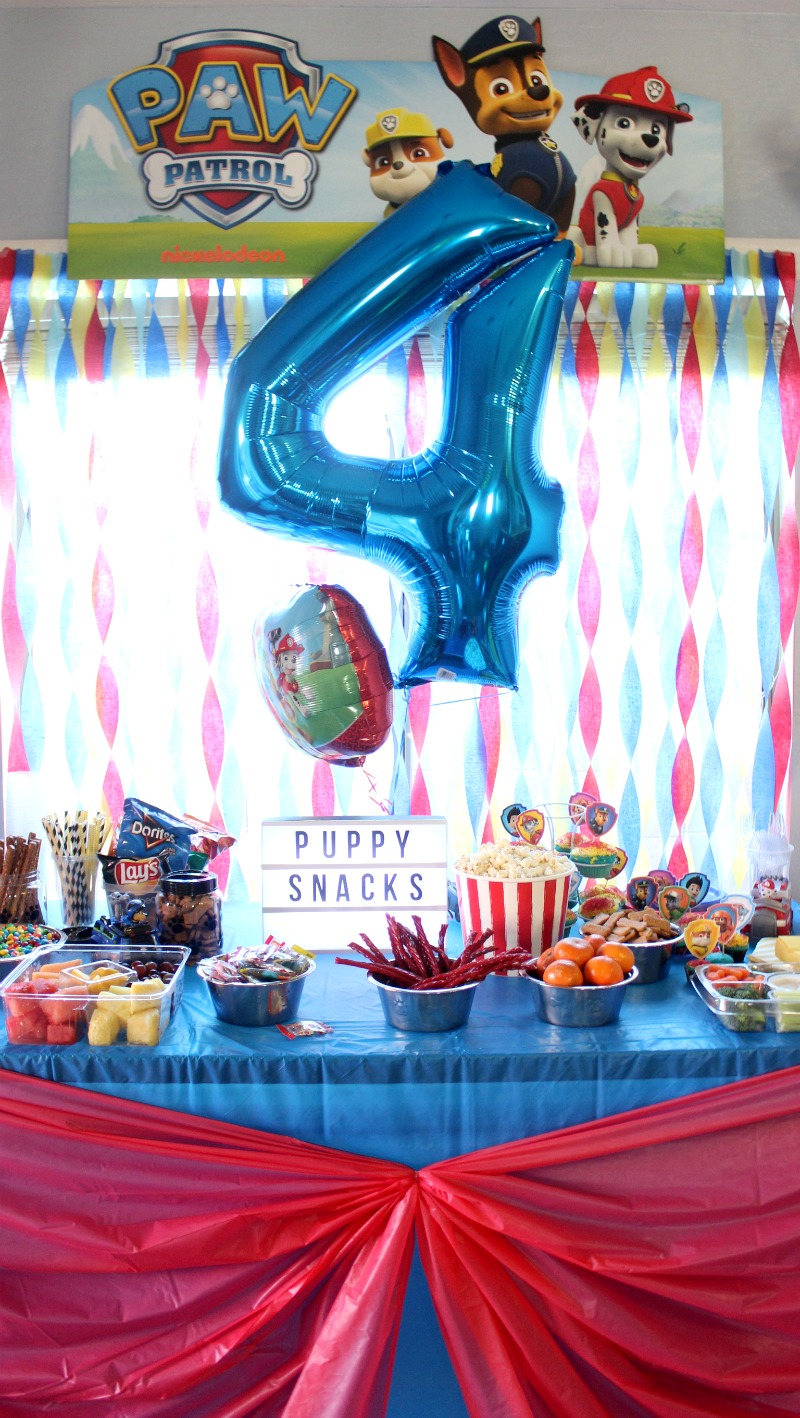 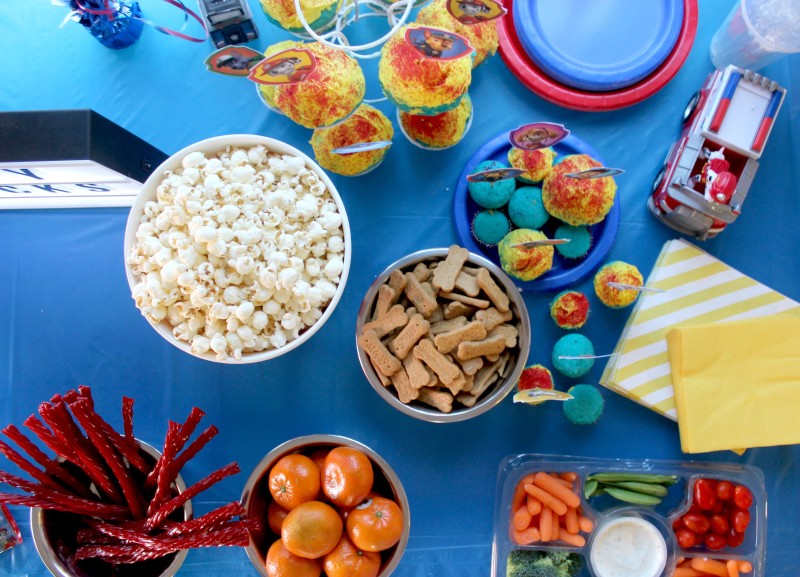 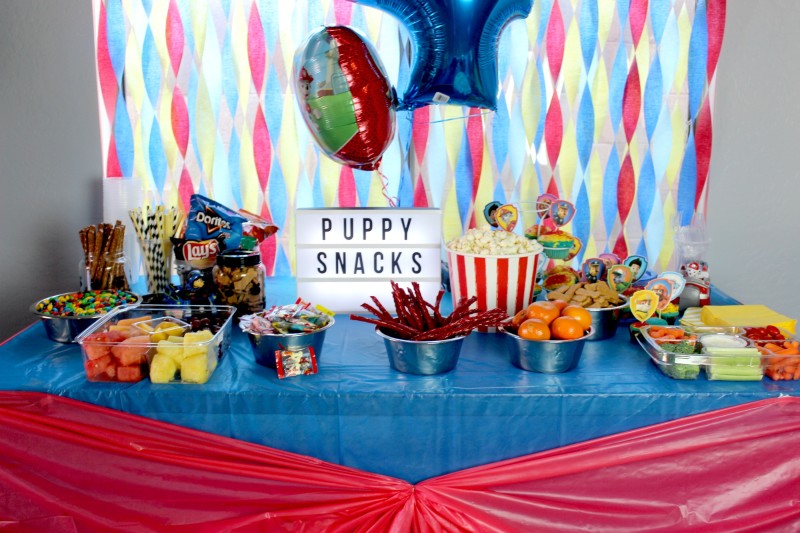 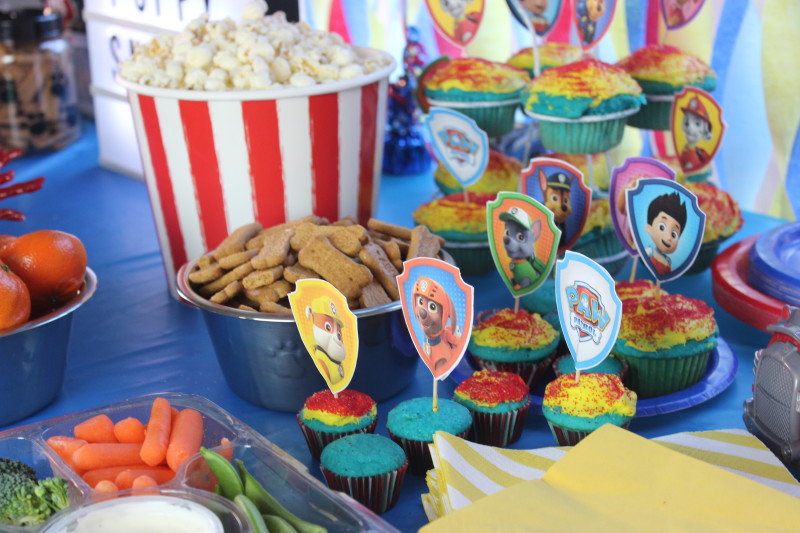 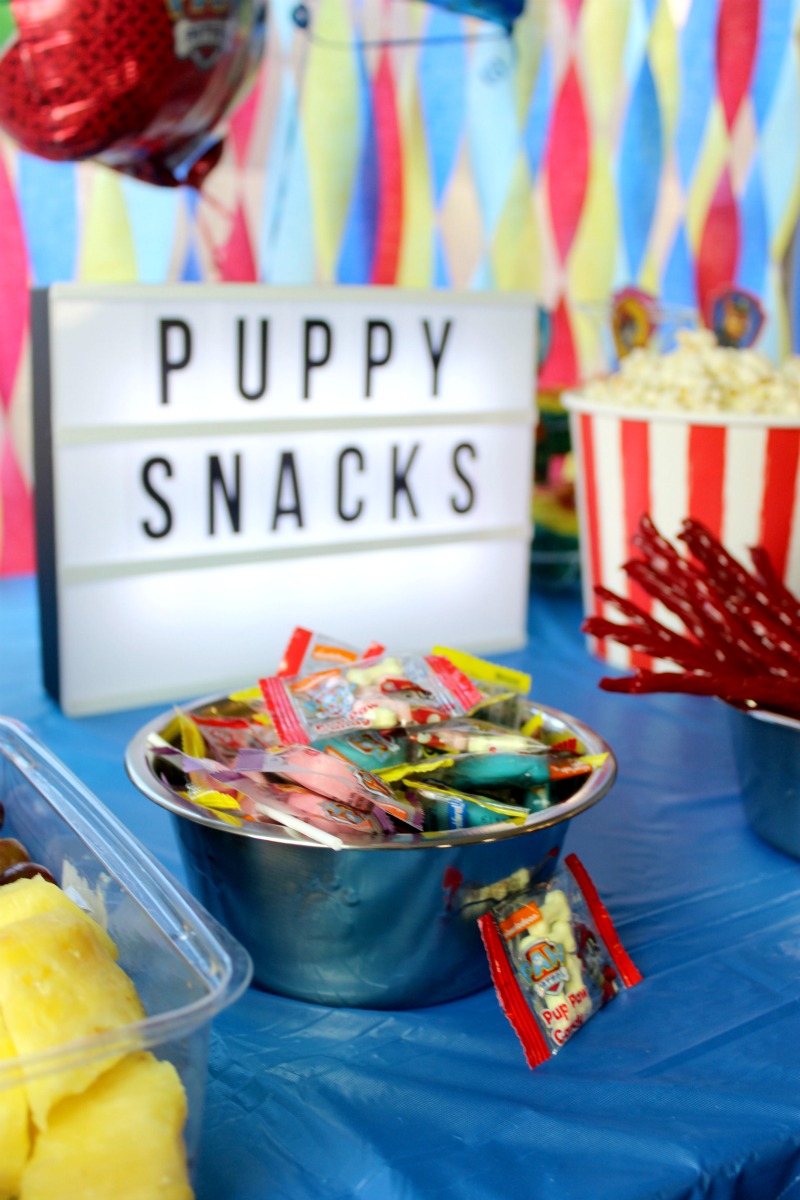 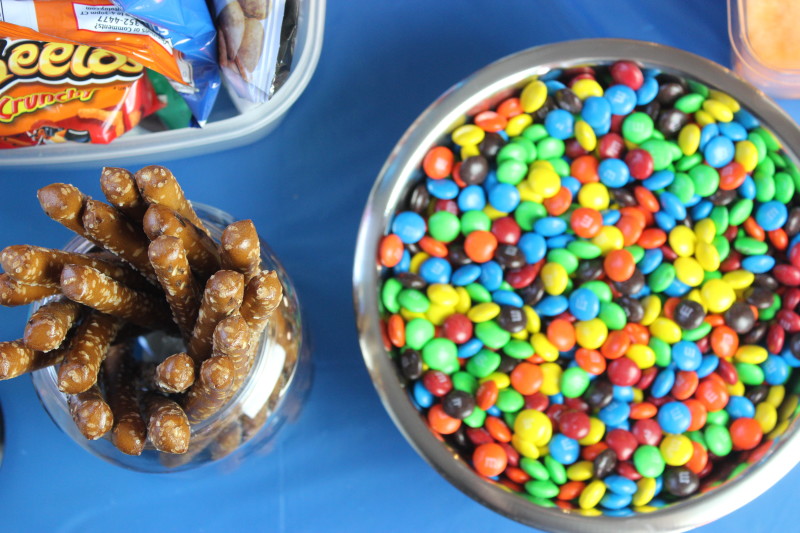 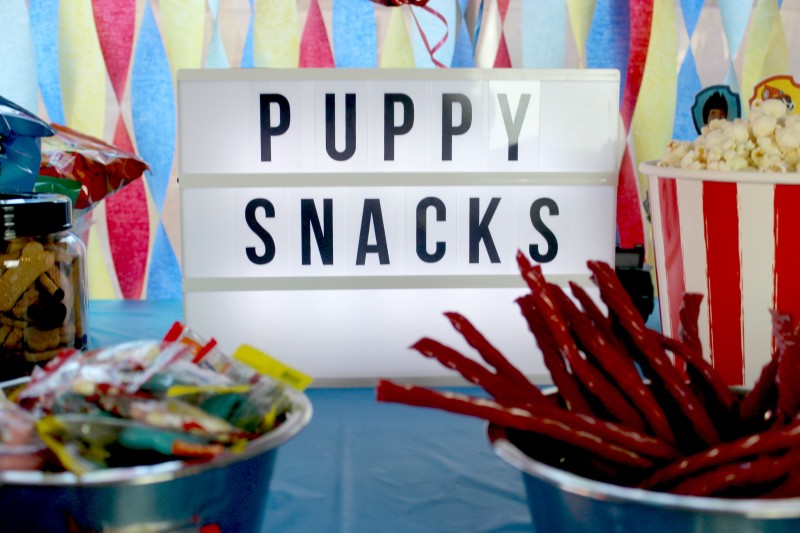 Then of course, the bounce house. We had one last year as well & it was a total game changer. We didn’t even have to watch the kids – no games, no parenting (half joking) so we were fine with getting one again this year. They even had a 1DayBanner for Paw Patrol! It took up almost our entire backyard & was just perfect! All the adults got to sit inside and talk while we listened to happy laughter & squeals of joy through the screen door. 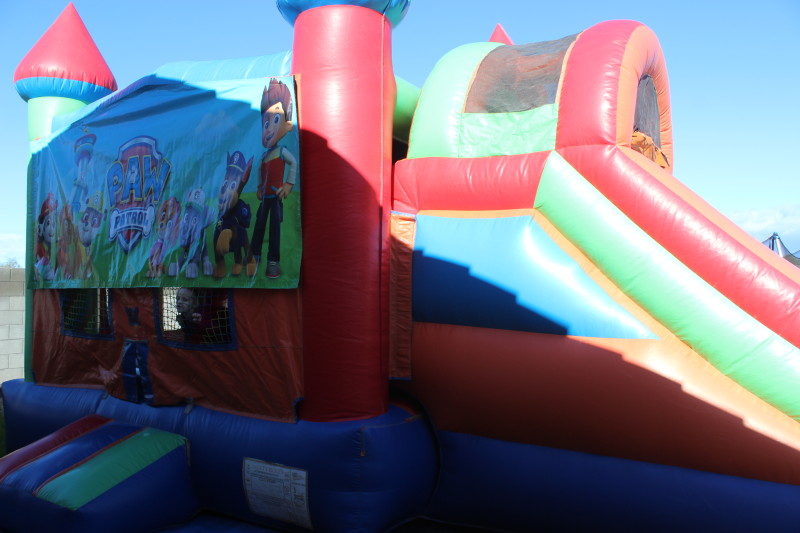 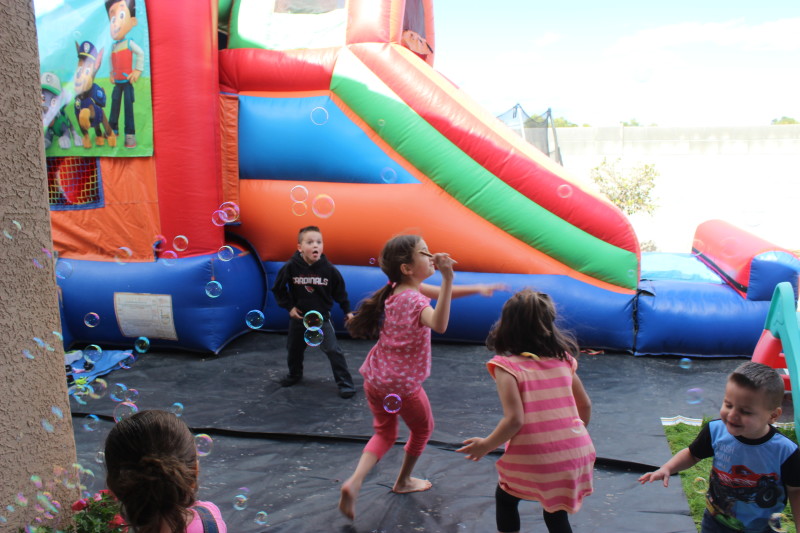 And, because all my girlfriends also love taking pictures as much as I do – I had to set up a Paw Patrol Photo Booth! The kids thought it was the funniest thing playing with the silly faces in front of my photography light. Kids are seriously the goofiest – I just love being around all of them! The happiness just travels around the air & makes everything better. 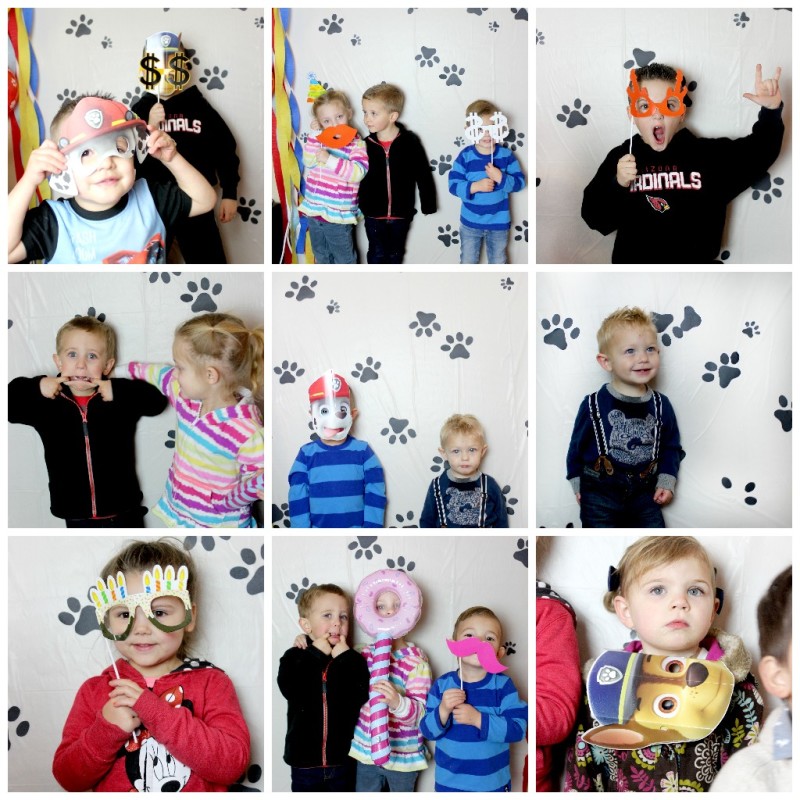 Of course, after the party we snapped a couple pictures with our sweet girl, then headed back out to bounce in the bounce house. 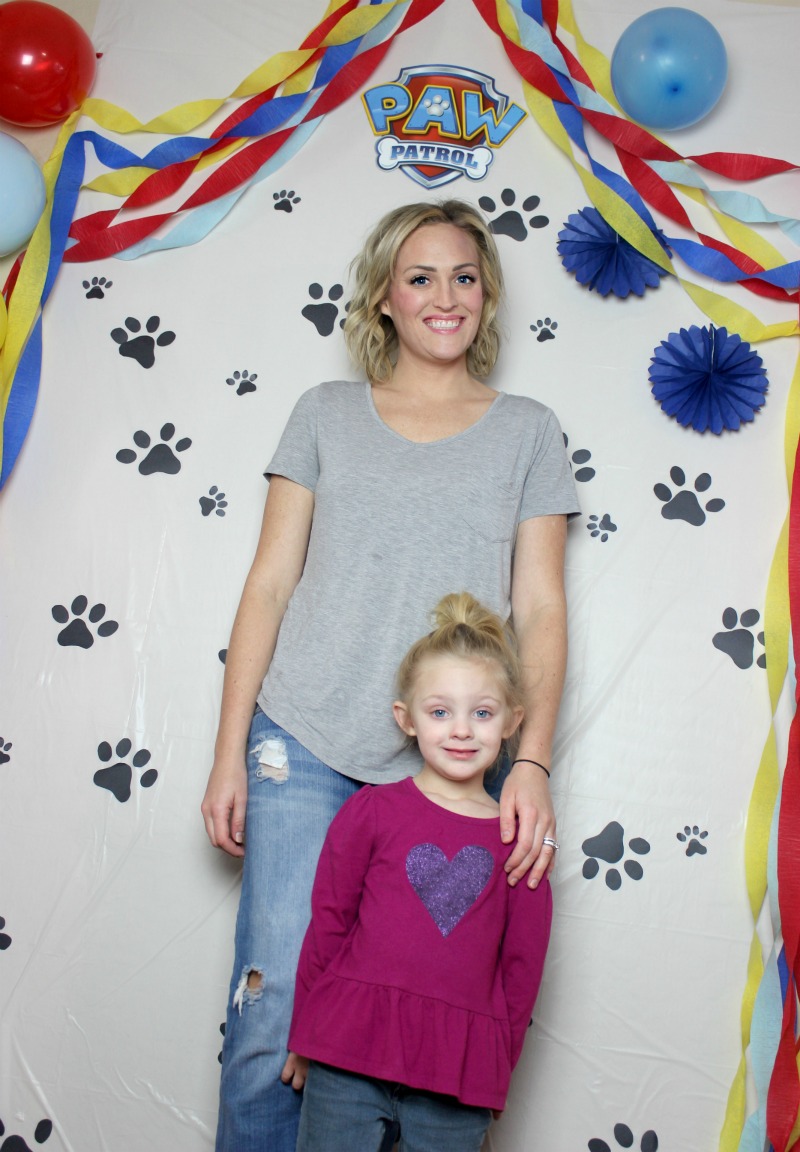 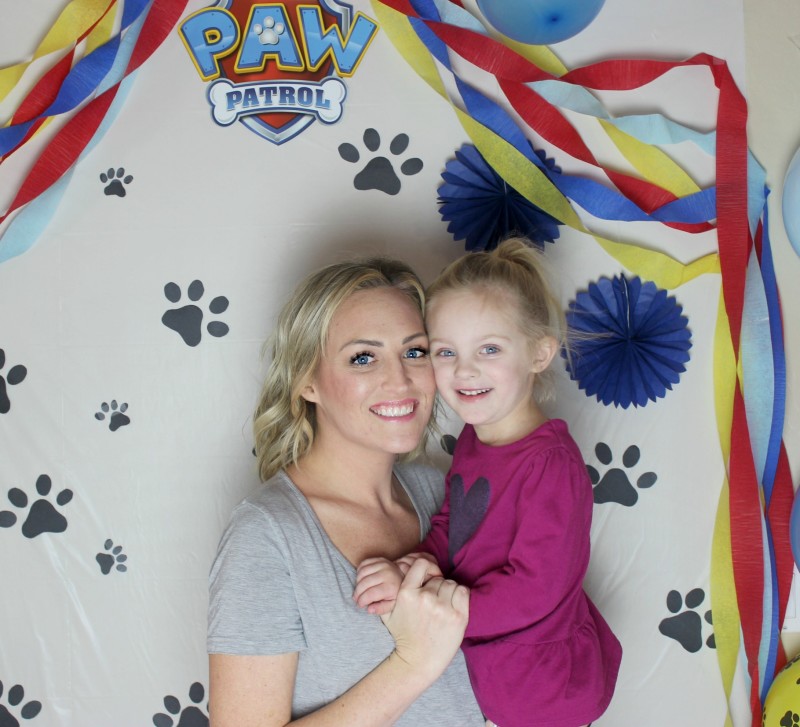 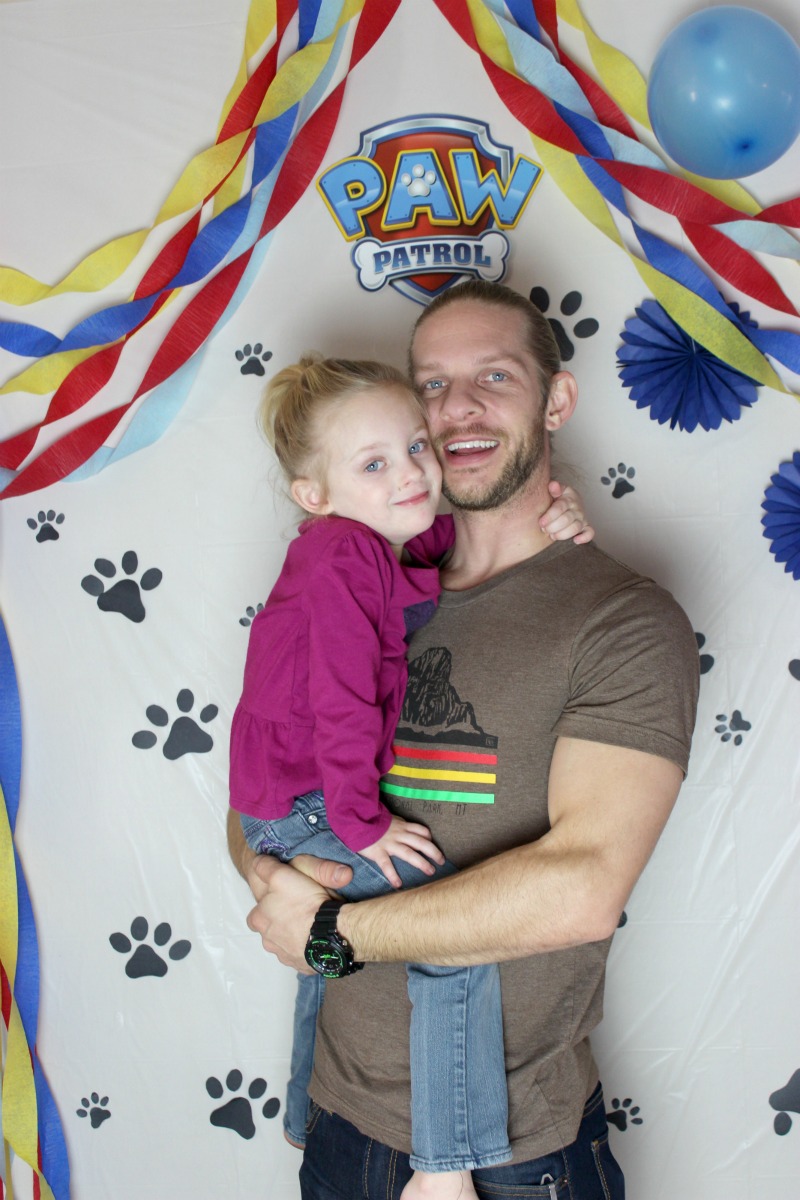 SOOO thankful for our amazing friends who support & love us. We are truly blessed to have met some of the greatest people here in Arizona. I have no idea how we are going to leave everyone in just a few short months – these friendships are ones I’ll treasure forever.

Thanks for stopping by today!
Have your kids had any themed parties? Leave the links below….I’d love to get some new ideas!

🥾Bus del Buson - a Belluno area hike we went on

Literally could not have had a more perfect day in

Saw this on #kindleunlimited & thought it looked l

Thankful to have the chance to spend a weekend awa

It is FREEZING outside, but there’s nothing to s